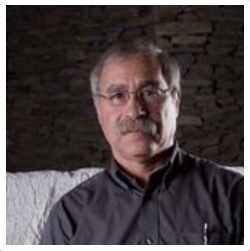 Mike is a self-taught photographer, having started with film in the early 1970’s (as a Peace Corps Volunteer in Africa). He made the move to digital in 2007. A year-round mountain resident of Todd, NC, Mike has a wonderful view of Grandfather Mountain at his home, from where he has taken many sunrise and sunset photographs. Mike enjoys shooting photos of grand landscapes, but has recently moved to infra-red photography of iconic buildings shot from low angles. The IR photos are captured looking up at a portion of the building, and include a portion of the sky. Another love is true macro photography of textures and other unusual subjects. Mike led and participated in the West Jefferson Photography Project – visit the WJ Town Hall to see the results of this project.

Mike continues working as a civil engineer in Boone. Most of his career has been in water resources projects for North Carolina municipalities – spanning from the coast to the mountains. He has served as a Special Instructor in the Civil Engineering Department at North Carolina State University teaching the senior Civil Engineering Water Resources Design course. Mike is also an accomplished musician playing banjo and guitar in several groups and locations across the State – including venues in West Jefferson.