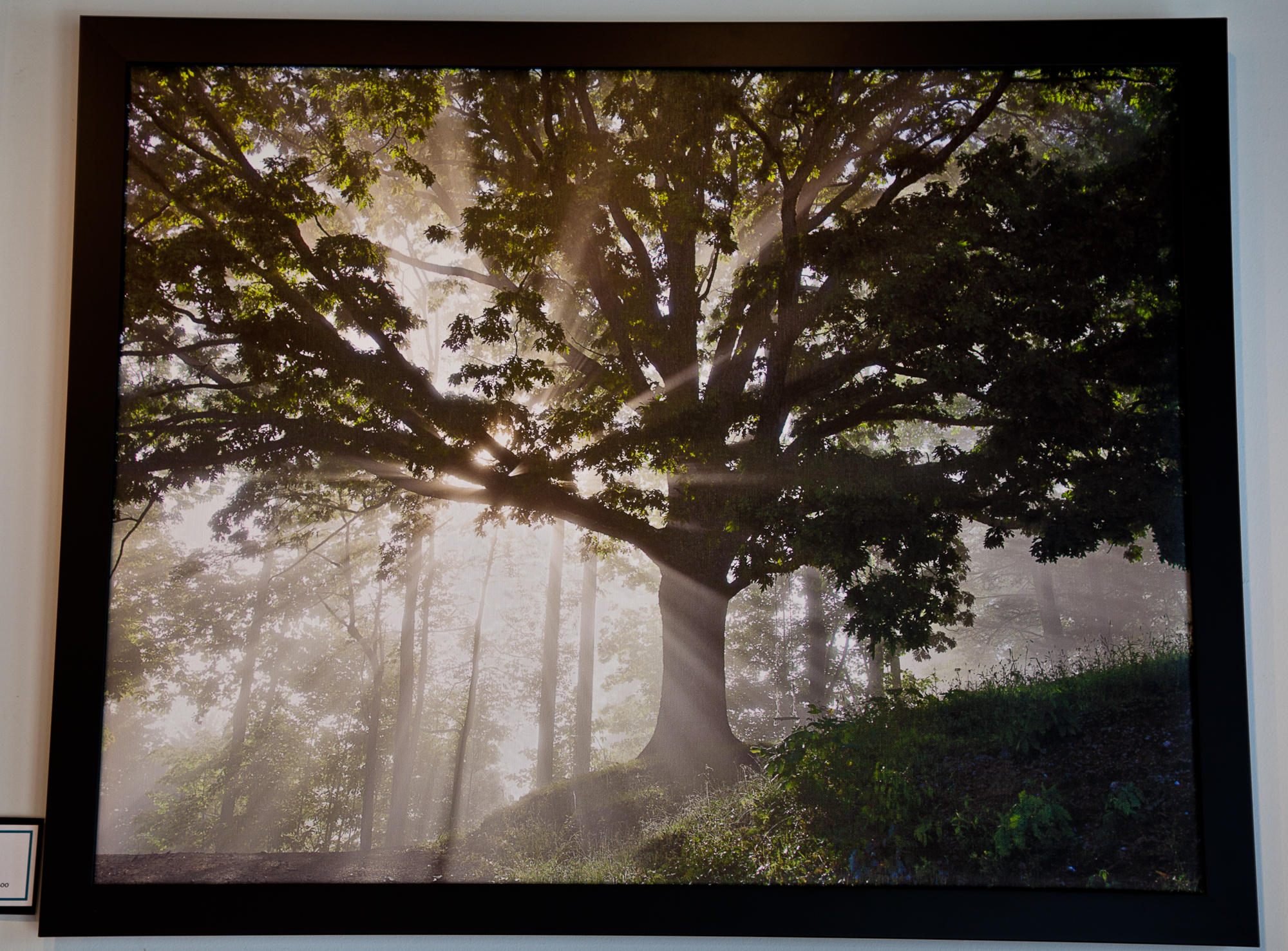 This image was made by Kim Hadley over in Creston, NC one August morning in 2011.

If you look closely at this image you will find a swing suspended just to the right of the tree trunk.   It was this swing that caused Kim to stop by the roadside for a possible photo opportunity.   Then the early morning sun began to break through the fog and, as Kim says, “Bring the tree to life”.

Working quickly, she made 9 different handheld horizontal exposures in 60 seconds, beginning at the top of the scene with 3 shots across and then repeating the process as she worked her way down.   Later the 9 exposures were stitched together in Photoshop to produce the final image.   By using this method she managed to obtain not only a detailed, lovely image but at an increased resolution that would later allow a very large, smooth print.   It’s unusual to attempt to use this method when the conditions are rapidly changing but she pulled it off magnificently.